Apple released Safari 5 in conjunction with their WWDC conference this week. In most respects, Safari 5 is a catch-up to Chrome. Apple’s benchmarks put it very slightly faster then Chrome.

In addition, Safari 5 is now on par with Chrome for HTML5 support. Both browsers get virtually identical scores in the HTML5 support test.

The biggest new feature, browser extensions, is also a catch-up to Chrome. If you can believe it, Safari has never had a formal browser extension mechanism. Every Safari extension/add-on to this point, has exploited the ability of Objective-C to inject code into a running program.

Safari extensions look very much like Chrome extensions. They are pure JavaScript, HTML and CSS. They are also cryptographically signed. Some Mac developers got early previews of this release and had demo extensions ready.

You can expect the usual flood of extensions as people port their favorites over from Firefox and Chrome.

The only real surprise was a feature called Safari Reader. When I first heard about it I thought it was another RSS reader. It’s not. It’s an alternative view of a web page that removes everything from the page except the article you’re reading.

It uses some unknown heuristics to determine when you’re reading an article. When it determines you are, it puts a Reader button in the address bar.

It will take a web page: 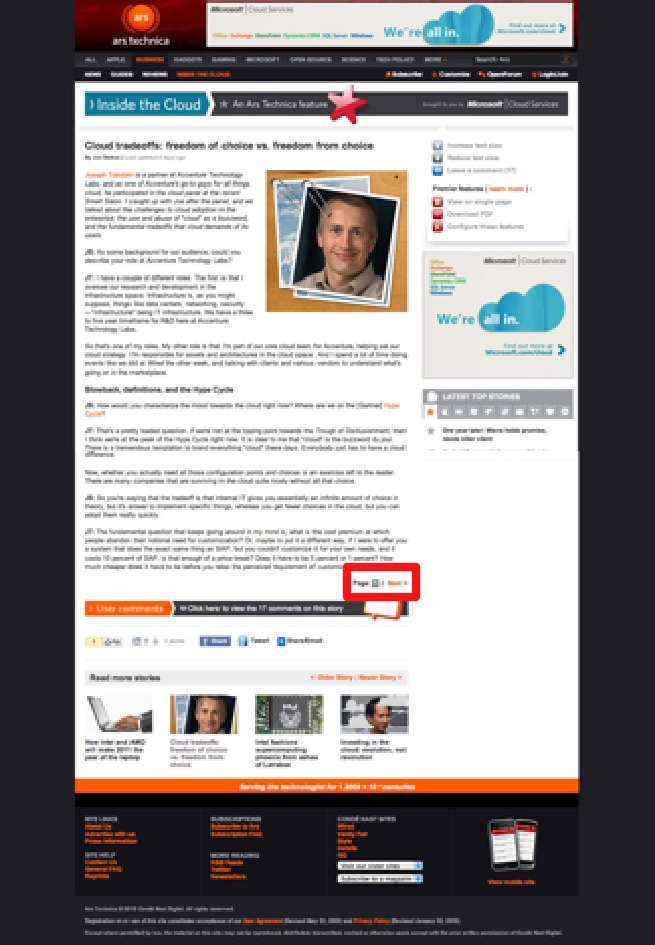 And turn it into a reader view: 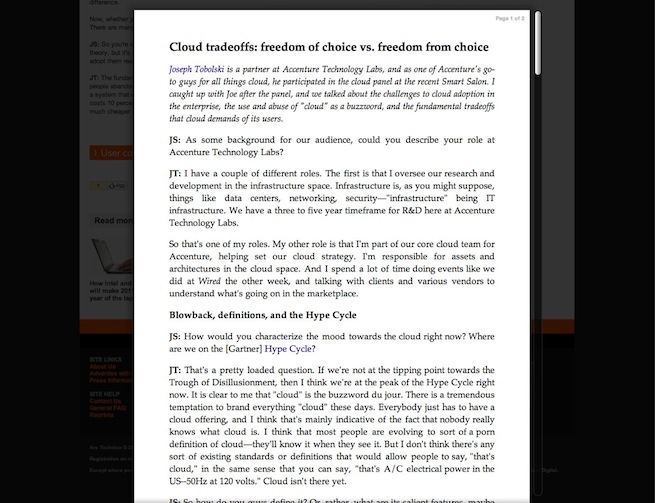 It’s even smart enough to stitch multiple pages together into one article. I’m not sure yet how useful this feature will turn out to be, or whether it’s just a gimmick.

If you want to know more, Apple has a web page covering the new features of Safari.

The big Chrome feature that Safari doesn’t yet have is sandboxing. Chrome runs each web page in a separate process that has only limited connectivity to the browser itself. It’s this sandboxing that makes Chrome so secure. The Apple Webkit team (Webkit is the browser engine that both Safari and Chrome is based on) has been working for a while on a sandbox implementation.

The difference between the Chrome implementation and the one the Webkit team is working on, is that the Webkit version is in the Webkit engine. Once it’s complete, all browsers based on Webkit will “automatically” inherit it.

Google’s sandbox is built above the Webkit layer, which is why the Webkit team didn’t want to use their implementation.